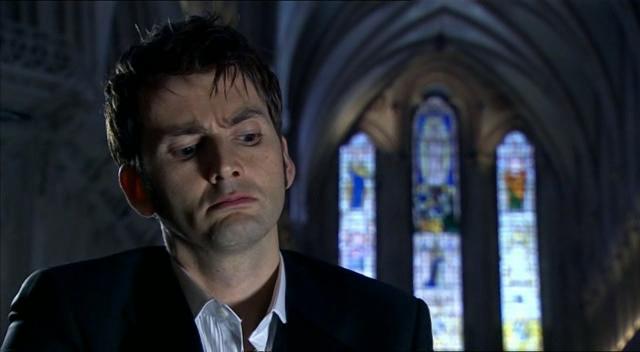 In which we are too busy staring at a man in a blue suit to follow the plot.

On this week’s show, Mr. Butts and Mr. Peanutbutter take on another series 3 episode with “The Lazarus Experiment”. It’s a whole thing with Mark Gatiss being an old man who suddenly isn’t so old and is both a figurative and literal monster. Also, there’s a church, and like family stuff? Basically, there’s a lot to try and pay attention to while Tennant is swanning around making faces and ruffling his hair and stuff. Yeah girl, go get itttt.

Outro music is “Kokomo (Beach Boys Cover)” by The Vandals.

That is what today is. So nice, we named it twice.

Either that, or we are really tired.

Here are a bunch of random updates. Enjoy?

As you all probably know by now, Variant Edition is moving in a few short days.

As you’re reading this, Danica and I are probably painting the new space. I say probably, because it might be super late at night when you get around to this, so we might be sleeping, or it might be midday, in which case, one of us is probably at the old location, selling comics on the cheap. Who knows!

As we get closer and closer to the relaunch date (August 31st!) we can feel the excitement rebuilding inside of ourselves. The past year has been difficult for several reasons, which caused us to realize that we need to take more of a direct approach to our life, grabbing as much control as random happenstance will allow and steering where we want to go. Whether or not we make it? Well, that’s pretty much up to us now, and us alone. It’s both terrifying and exciting, but no matter what, it just feels better. So there’s that.

We took the summer off from planning events at the store, partially because we knew the store move was coming up (although we didn’t know exactly when) and partially because it’s foolish to try and plan a summer event when there’s already so much happening in Edmonton over the summer. But now that August is coming to an end, it’s time to get right back into things, and we’re starting with one of our signature events: a Community Clothing Swap.

The rules, as always, are simple: drop stuff off and/or pick stuff up. It’s all free, and everything left over at the end gets donated to a charity. The only changes this time are the location (now at our new store – 10132, 151 Street) and the length of time the event will run (all opening hours on Sat Sept 10th and Sun Sept 11th).

We’re pleased to use this event as an introduction to our new community, and we’ll be continuing to announce more events in the days and weeks to come. Our goal, as always, is to continue the hard work we started – to build a place that doesn’t clandestinely build a secret community or clubhouse, but one that actively invites all inside to experience the joy of pop culture without barriers.

I don’t think I’d be able to post this batch of random updates without at least acknowledging The Tragically Hip concert that CBC aired this weekend. I want to start off by saying that… I’ve never really connected with The Hip before. I could recognize their ubiquitous presence in my life, but for whatever reason, be it the specific batch of chemicals that make up my brain or whatever, their importance never quite sunk into my heart and mind.

And then, there was this concert.

Admittedly, Danica and I were at the new location, doing some light space redecoration in advance of next week’s big opening. We didn’t have the internet, so we didn’t get a chance to stream the show at first, but we brought a radio, and listened to the event on CBC Radio One here in Edmonton. As we started to build something new, we had a soundtrack of pure Canadiana. Songs that we grew up listening to, that had somewhat inadvertently become a part of our life. As we built, those songs became a part of a new foundation. It felt… it felt right.

We managed to make it home before the concert ended, and treated ourselves to the live stream. CBC did a exemplary job of presenting this concert to the country, taking no opportunity to advertise in any way, shape or form. Olympic coverage on their main channels were halted in full for this presentation. Everything about this presentation said that this wasn’t about The CBC – it was about The Hip, and providing this moment in time to Canada.

Seeing the love, and hearing the words that had lingered in the background of my life float through the air, something inside me finally switched. “Yes,” it said, “This. Always this.” Of course, it took an ending to discover a connection, but everyone comes to things in their own way – and none of it is bad. It’s something that Danica and I try to build into the shop – we don’t judge where you’re going or where you’re coming from, and as long as you’re in our space, and as long as you’re not, say, disparaging others for their own journeys, you are welcome. You are home.

Others will be able to say what this moment in time meant a whole lot better than we ever will, but… I felt that it was important to share what it mean to us, regardless.

A great way to start a new chapter… even as one is drawing to a close.

Obviously, there’s a lot to be done. New store prep continues, as does wrapping things up at the old shop. Doctor Whooch’s 100th Episode is fast approaching, and we’re still attempting to get our voices out there in general, letting people know that we still exist, despite all the work that needs to be done.

More updates in the coming days, but for now, a very (all too quick) thank you to all of you who have helped us out during this crazy time. We can not express how much your support means to us, and how much it has carried us through these days. We love you all.

Talk with you soon.

In which we tell you all our thoughts on God.

On this week’s show, Danica and Brandon are floating like leaves in the wind and rolling their eyes at a whole lot of things. Our hearts are cold and dead! Our livers are swimming! It’s a whole thing. Anyway, we watch “The Rings of Akhaten” which is hard to spell, and is full of tree hands and shenanigans. And is also fun. But you know, whatever. Also, there’s cupcakes, for REASONS. 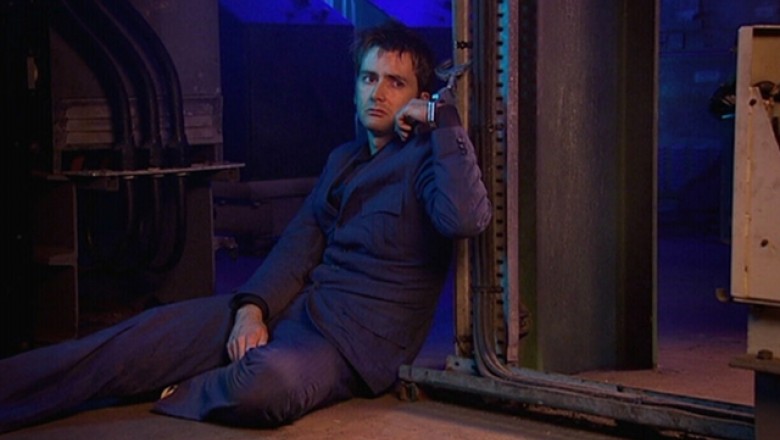 In which Danica is a war criminal.

On this week’s episode, we reach the end of The River Song Timeline with “Forest of the Dead”, in which there’s more flesh eating darkness and some heart rending sadness. People run! Some of them die. Others don’t? And then there’s a thing that happens with a screwdriver. So you know. Spoilers. 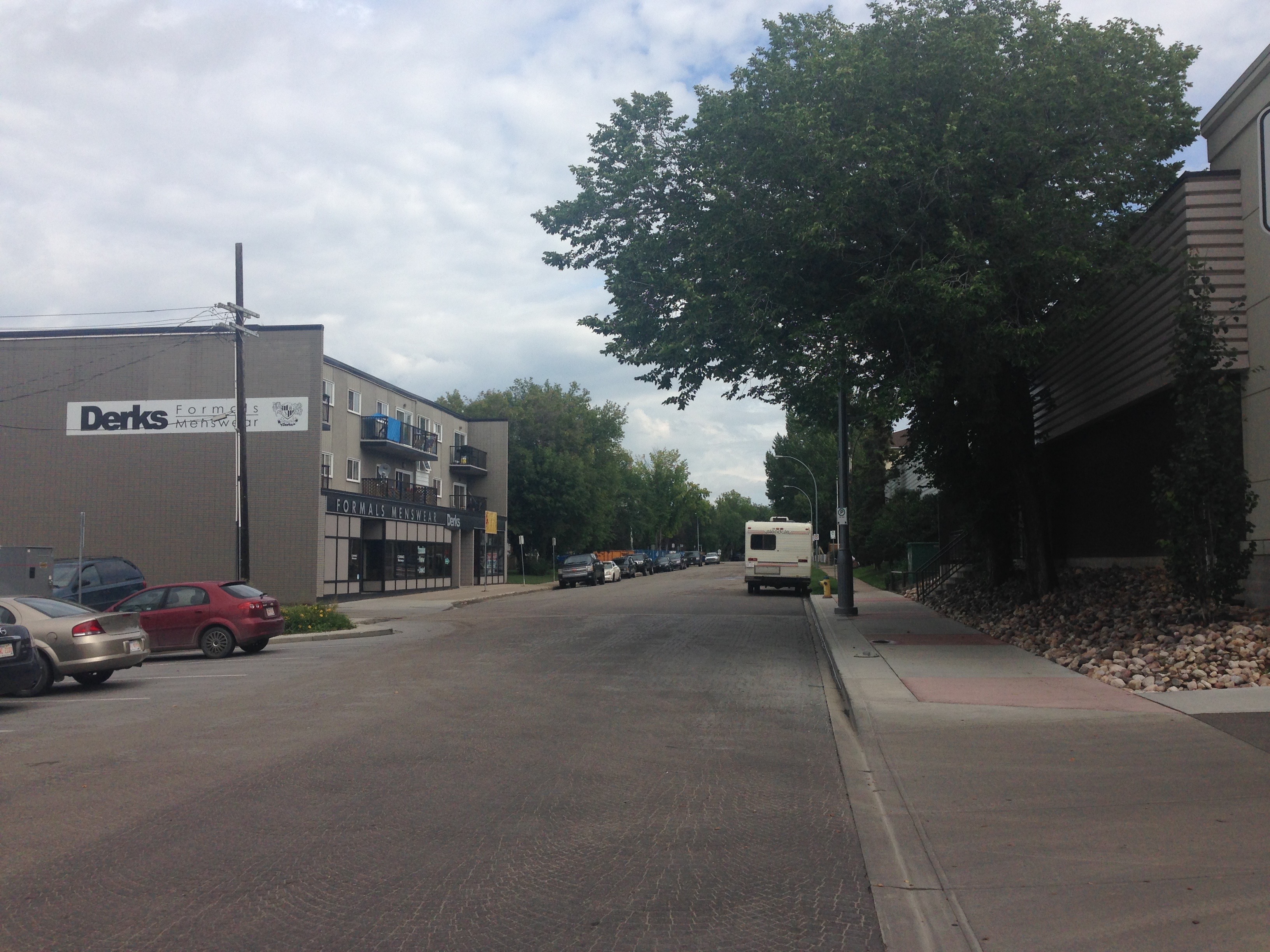 Busy times here at Submet Industries. Not only are we approaching Doctor Whooch’s 100th Episode, but we recently made  major business decision that has eaten up a lot of our time… but in a good way.

You can get yourself up to speed by checking out the initial announcement, and the follow-up (wherein we reveal the new location) by clicking those handy links, but the two main things you need to know are this: 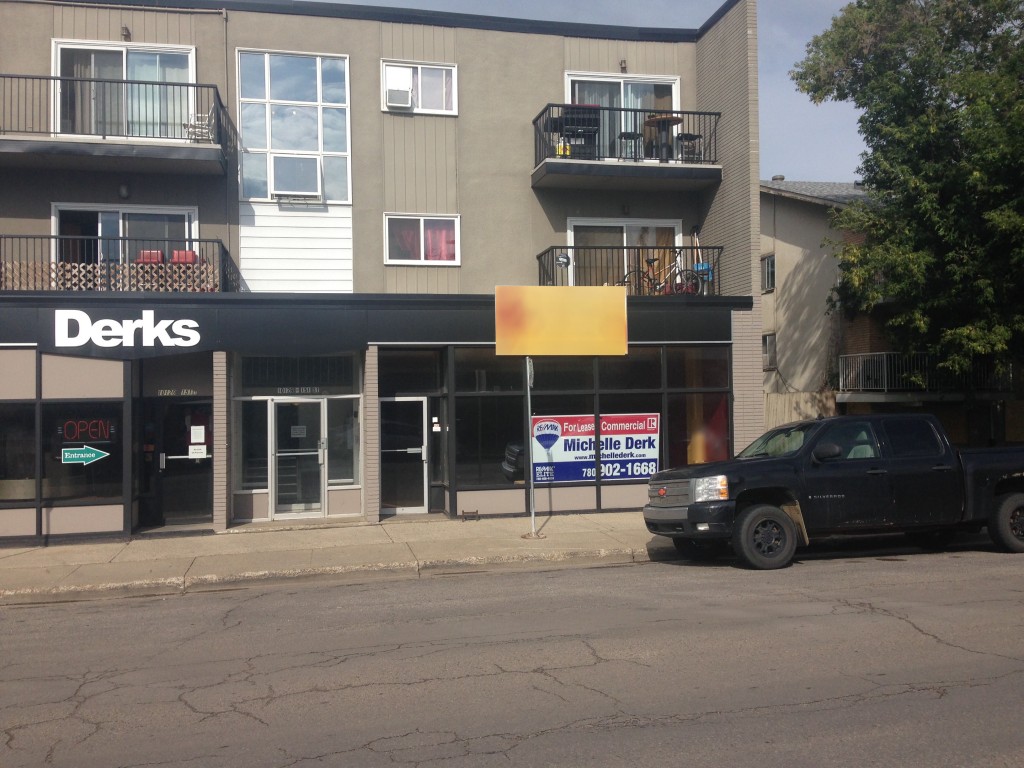 This move has been a long time coming for a lot of different reasons. Anyone who has been reading this blog for the past few months will know that Danica and I have been dealing with quite a bit of strain. As a result of this, we took a long hard look at how the coming years would potentially go, and decided that we needed to make some changes for our emotional well being. This lead us down the path towards this big move – one that results in Danica and I being firmly in control of our own destiny.

Right now, we’re in the heart of the whirlwind. The business is splitting in twain as a result of this, with Danica and I taking the comic business to the new location and the gaming section remaining in the current location. That does not mean we won’t be ordering games or gaming items at the new shop – it just means we’ll be rebuilding that section from the ground up, keeping an eye on the demand that we’ll see at the new location.

It also means we’re be building a lot of different structures back up, while winding down our association with the old ones. At times it feels like we’re running two separate businesses. Probably because we are. The old things can’t just grind to a stop, and the new things can’t wait to start, so they all have to run at the same time while Danica and I continue to run a solid chunk of the day-to-day for both. It means that the immediate future looks insane, but honestly? I don’t think either of us have been this excited to be this busy.

As I’ve said before, we’ve shared a lot of our ups and downs with you this year on Submet and I can genuinely say that for the first time in a long time, the future looks pretty bright. I’m excited, and I’m finally feeling as though I have a bit of emotional and physical energy every now and then… which is more than I could say for most of this year. I don’t want to speak for Danica (and yet…), but I know that she has similar feelings.

The future is bright. We hope you’ll join us on the journey. 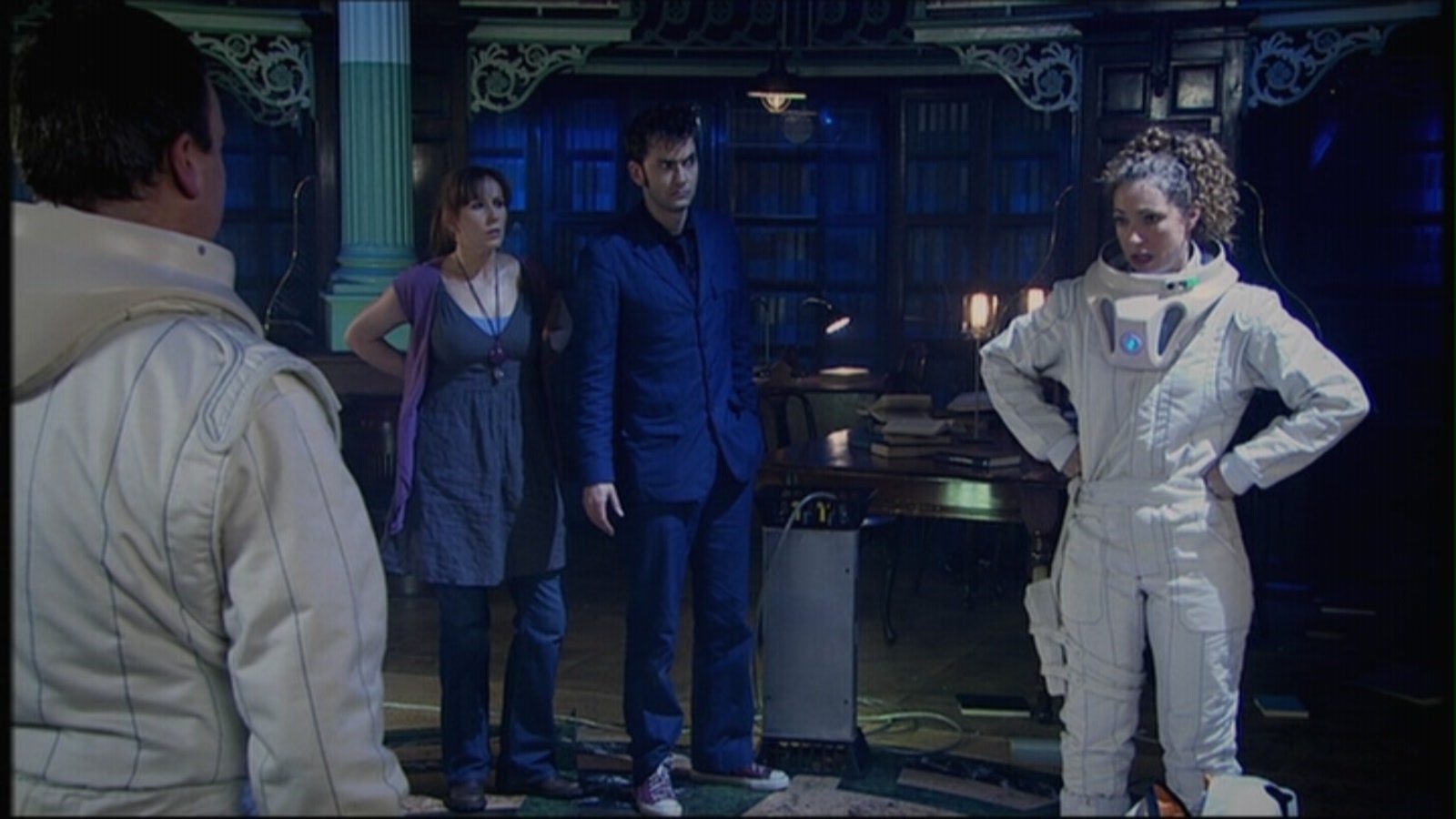 In which we near the end of the River Song timeline, and do not get really sad at all.

On this week’s show, we kick things off by ruining the Doctor Who theme song for everyone forever. We regret nothing. Or… we regret some things, just not this. Anyway, then it’s time for “Silence in the Library”, in which there are no Silence, just silence, and also sadness. Yeah. Yep.

Outro music is “Ghostbuster Theme” by No Small Children