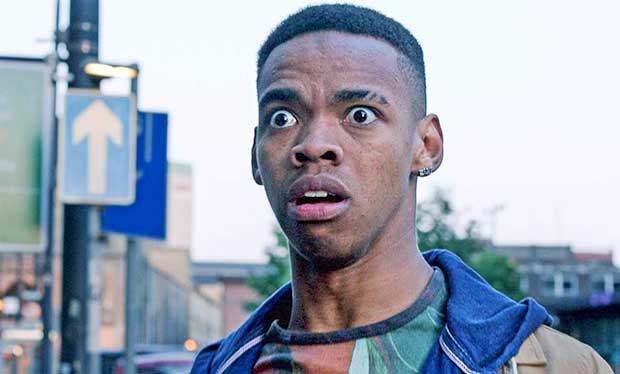 In which Brandon says far too many ridiculous things.

So we all know what happens in this episode, right? Like, we’re all on board? Because there’s going to be some spoilers. Just… alllllll kinds of them. So.

This week, Brandon and Danica are talking about “Face The Raven” – the 10th episode of Doctor Who’s 9th series. Maisie Williams is there! That’s not really a spoiler. Well it is, but… hey, you know what? Let’s not beat around the bush here. You know why you’re downloading this. You want to hear drunk people talk about the thing that happened. Well, we do! So yay? Oh, and then we wax poetic about Jessica Jones, because you guys, Jessica Jones is amazing and heartbreaking. Yeah.

To sleep, perchance to dream of a better episode.

On this week’s show, Danica and Brandon drunkenly talk about this week’s… interesting episode of Doctor Who – Series 9, Episode 9, “Sleep No More”. Basically, we kind of make fun of it, because… sleep monsters? Or maybe a legitimately viral video? Or something. We were pretty drunk.

And as an added bonus, Brandon forgot to edit the podcast on his day off, so uh… there’s that. Wait, is that what we call a “bonus”? Hmm. 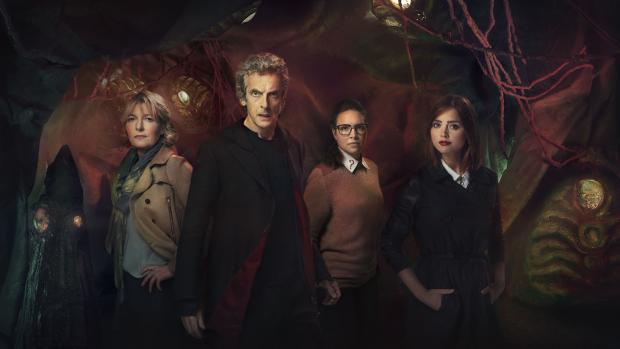 In which, uh… we really liked the new Doctor Who episode?

Hey everyone: fun fact. It’s hard to be wacky drunks when an episode of Doctor Who is so good. Which means Danica and Brandon just watched Series 9, Episode 8 (The Zygon Inversion) and it was pretty amazing. That’s not to say they aren’t weird and stumbling, because they are. We are. Writing in the third person is hard, you guys. Also, they talk about some other shows probably. Scandal? I think? And something else. Remembering is also hard, when you WERE drunk, and ARE sober several days later.

Outro music is “War (What Is It Good For)” as performed by Cory and Topanga on Boy Meets World. Because of course it is.

In which we are brimming with allegories and metaphors, and totally know the difference between the two.

This week, Brandon and Danica are watching “The Zygon Invasion” (Series 9, Episode 7 of Doctor Who) and end up being drunkenly riveted by the whole episode. I mean really, you guys – this was a crackerjack episode. There was Osgood! Jokes! Doctor Funkenstein! Seriously, what more do you want? Some Once Upon a Time chatter? Maybe. Probably not, but we don’t care. WE DON’T. (We do. We love you.)

Outro music is “Hello, My Treacherous Friends” by OK Go

It’s time to wake up and grab a fresh plate of YEGS & BACON – Edmonton’s very own pop culture and comics morning show!

On this week’s episode, Brandon and Danica are discussing the new Star Trek announcement, and the Preacher trailer – along with some drama that happened with comics journalism over the weekend. Then it’s straight on to comic book recommendations!

Bonus Note: Here’s a link that features pretty much all you need to know about the comics journalism thing.

In which we don’t got nobody that we can depend on.

On this week’s episode, Danica and Brandon stumble through the hodgepodge of Doctor Who’s 6th episode of Series 9 – The Woman Who Lived. It’s a bit of a shambles, honestly but there’s also a fire breathing space lion king, so it’s not as though there wasn’t anything awesome to talk about. Oh, and also, there’s discussion of Once Upon A Time and The Mindy Project, because of course there is.

In which the secret ingredient is vodka.

On this week’s episode, Danica and Brandon are talking about the Series 9 episode “The Girl Who Died” (Episode 5) and the subject of jowls comes up. I guess. It was a long strange one. Also: lots of drinking! More talk about Once Upon A Time! And vikings! Not necessarily in that order.

Outro music is “For What It’s Worth” by Buffalo Springfield

In which we totally know where Guinness comes from, you guys.

This week, Danica and Brandon talk about Before the Flood (Doctor Who Series 9 – Episode 4) and eat pumpkin pie, because it was totally Thanksgiving. And we gave thanks to alcohol. Also in this episode: some Buffy life tips, some disillusion talk, and uh… we’ve started our yearly binge of Once Upon a Time, so there’s that as well.

Outro music is “Black Water” by Of Monsters and Men

In which Brandon and Danica are running on two (?) hours of sleep and then get drunk. Because… yeah. Yes.

Series 9 keeps rolling on, and we’re keeping up… mostly. It was a weekend of store events (including a 24 hour event) but there’s always time to get crunk and watch The Doctor pal around on a base. Nothing EVER goes wrong on bases, you guys. NOTHING.

Marvel as they don’t actually pass out. Tremble as we… as we actually really, really like Series 9. Because SERIES 9, you guys. So good.

Outro music is “All About The Bass” as interpreted by Scott Bradlee & The Postmodern Jukebox.

In which NOTHING will stop us from recording Doctor Whooch. Not even adorable little assholes.

On this week’s episode, Brandon and Danica tackle the second part of the Series 9 opening – The Witch’s Familiar. There are Daleks! And fighting! And metaphors that we totally understood, maybe. Also slurring. But there’s always slurring. Being drunk will do that to you, it seems. That’s a thing we’ve learned, you see.