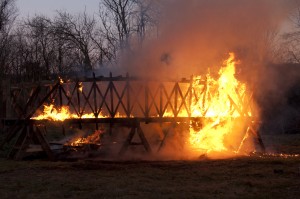 So somehow, Variant Edition was voted Edmonton’s third best comic shop by Edmontonians – after just five months of being open. That’s… that’s pretty cool, considering how many stores are here. Next year, the goal is to be number one. It’s going to be hard, because the two sitting at the top are both well known and established in this city – and they do a lot for the pop culture community. I mean, there’s absolutely a reason why they are number one and two. But goals are always good to have, and sitting at the top after a year-and-a-half would be pretty cool.

Anyway, what else has been happening… um… well, as of when I’m writing this (mostly in advance, with room for touch-ups later), I’m just wrapping up the first week of content in this “season”, and starting on the second. There are a few bits that have already been written for other weeks, so that has me feeling pretty confident. I am not used to that feeling.

Being me, I’m already thinking about how the second and third seasons of content will go, and I’m hoping to be able to include some original fiction as part of those runs. That would take a lot of pre-planning though, because the schedule already fills itself nicely, and the break I’m planning in between seasons isn’t really long, so much as it’s timed so I don’t fall behind. I will probably always be making content, and skirting deadlines. So that will be interesting.

I really do want to get done at least one story starring the detectives I built for a NaNoWriMo a few year’s back. I’m happy with the characters, just not with the first mystery I want them to solve. I have solid mysteries planned for future cases that they solve, just nothing that screams “pilot” – though I’m edging closer and closer to a traditional A+B=C noir story with character traits I’ve given the two leads shading the story in different ways. We’ll see how that goes.

Over at the Something Different blog, we’ve started up our Pod People feature – which showcases podcasts that we’re into. This time around, we talk about Karen Unland’s great Seen & Heard in Edmonton podcast, which focuses on Edmonton based digital content creators. For more, just head over to the post, or just go to Karen’s website.

Also out yesterday was the newest episode of Yegs & Bacon, where Danica and I talk about all of our store events (so many), and our favourite comics that are hitting the stands this week.

In a few short hours, you’ll be able to listen to Danica and I slur our way through the newest episode of Doctor Whooch, posted right here at Submet. We’re heading straight into Series 9, and talk a little about our experience watching the finalé to Series 8 in the theatre with a large group of fellow Edmonton Whovians. It was pretty awesome.

Tomorrow will feature the wrap up of this first week of content, and a new feature over at the Something Different blog called 5 for Friday – which is the only weekly feature that has been added to my content schedule. Everything else functions on a strange and wonderful sliding timeline of my own mad concoction. I would explain it, but honestly, it barely makes sense to me. So. 5 for Friday. A weekly set of links to five things happening in comics, pop culture, or Edmonton in general. Ideally, all three, but we are beholden to the tides.

Thanks for reading! I’ll see you tomorrow.