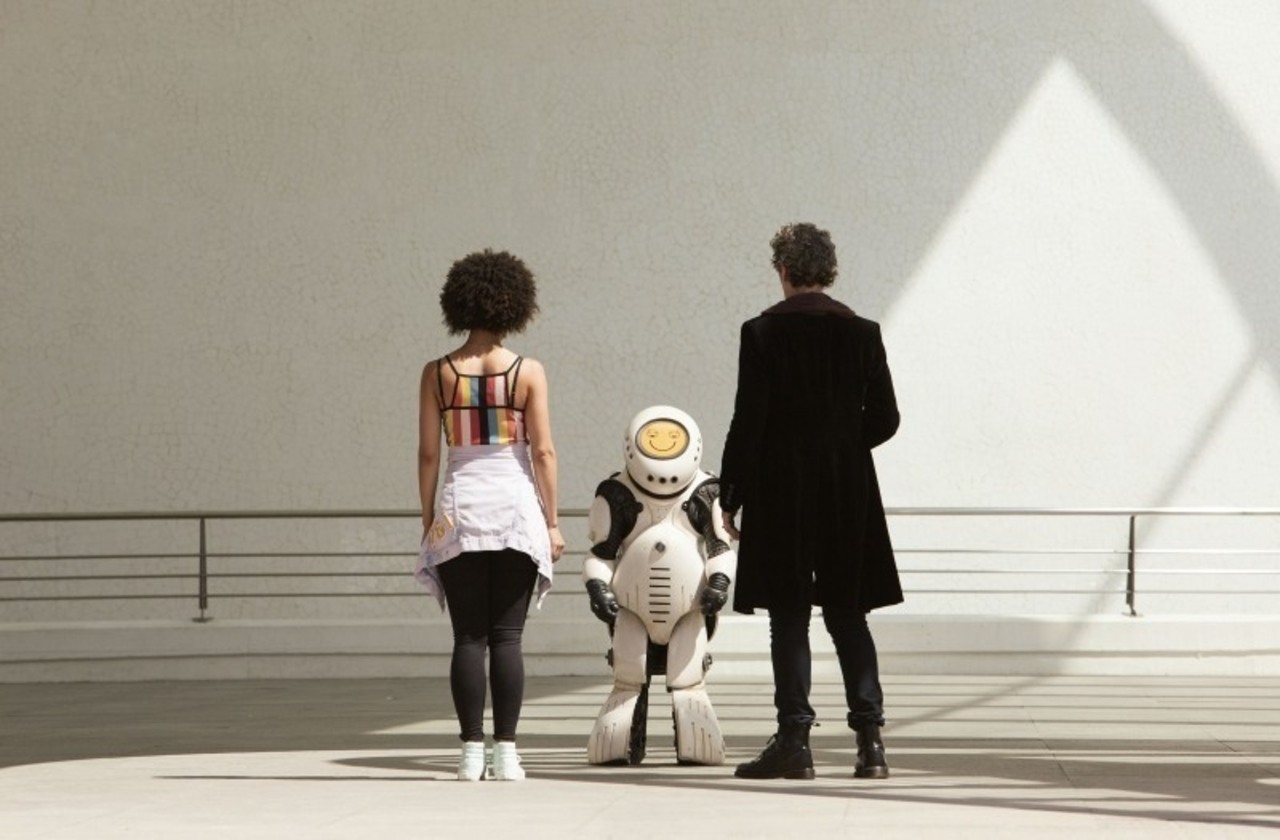 In which we put a phrase in a mausoleum. And there’s a good chance that Brandon doesn’t know what a mausoleum actually is. 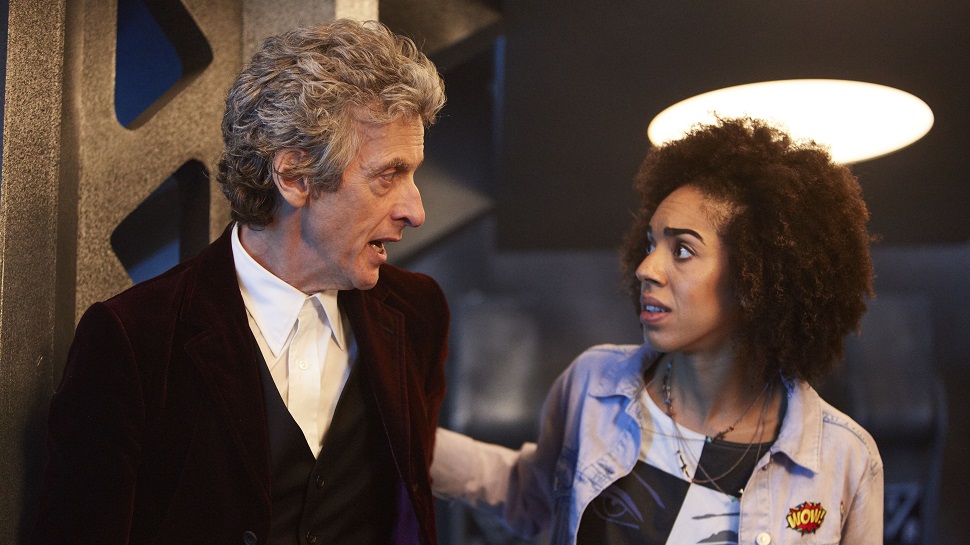 We’re back! Hide yo’ companions!

Brandon and Danica return to podcasting with a new companion, a gentle shot, and a zest for life(or whatever optimists say – we aren’t, so we’re just spitballing right now).

They manage to stay on topic until Brandon comes up with a fantastic theory about the similarities between companions. You’ll have to listen to the episode, I’m not going to ruin it here for you. Who do you think I am? @SavedYouAClick? SIR OR MADAM, I AM OFFENDED.

Anyway, listen while the two fall in love with Bill, are still offended by Moffat-isms, and maybe just maybe are thinking positively about Series 10.

Hello everyone, and welcome to a brand new year of Doctor Whooch.

We somehow managed to put out 34 episodes… which was a bit of a feat when you consider how our 2016 went. Attempting to maintain a regular schedule on a podcast that requires quite a bit of alcohol intake is hard enough. When you throw in moving a business and dealing with depression, it becomes a very delicate juggling act that was extremely hard to maintain. Obviously the last thing that we wanted was for this podcast to become a point of stress… and by the end of this past year, it was starting to feel more and more like hard work.

So we’re changing some things.

Going forward, Doctor Whooch will exist in two forms. While a season is airing, we’ll be right there (or just slightly behind), slurring our opinions about Steven Moffat and generally being terrible people on a regular, if not weekly schedule. While the show is off, we’ll be putting the call out to friends and the internet to see who wants to be on the show – and once we have around 6 of those ready to go, you’ll get a “season” of folks getting drunk and talking about what they love about Doctor Who.

With this schedule, we hope to re-capture the point of this whole endeavour – to eat, drink and be merry while talking about a show that means a lot to us both. Some of our very best (and most drunkingest) episodes have come from having guests on to add to the conversation and take things in crazy new directions, so having off-season episodes revolve around that just seems like a great idea.

Oh, and also in the downtime, we’ve been coming up with ways to keep your Thursdays thirsty while we build up episodes. This includes running some of Brandon’s old Drunk Comic Recaps, re-running “classic” episodes of Doctor Whooch, and posting pictures of some hot-as-shit people… because here at Submet Industries, we’re looking to take care of all of your thirsts.

Replay // Doctor Whooch and a Fist Full of Husbands

This week, we’re representing the episode where we watched last year’s Doctor Who Christmas Special: The Husbands of River Song.

Not only would it be River Song’s swan song, it would be the last episode of Doctor Who we would get for an entire calendar year, which sucked. Anyway, take a trip back! If we remember this episode properly (and let’s face it, we probably don’t), it was rompy as hell and we didn’t totally hate everything Steven Moffat did, which is different for us.

We’ll talk with you all again soon! 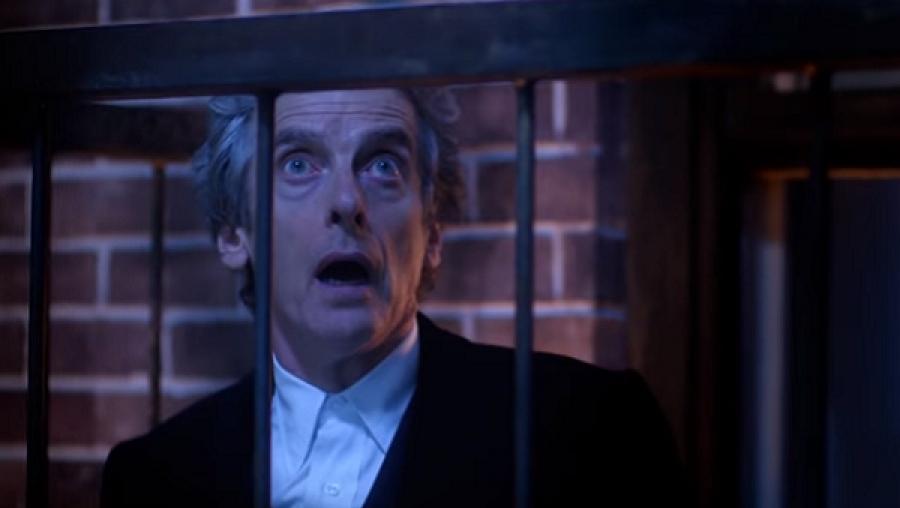 In which we are human monsters.

Check it nerds: it’s our season finalé. We have seasons now. DEAL WITH IT DOT GIF.

On this week’s show: it’s THE RETURN OF DOCTOR MYSTERIO or us, as we see it, a show for FRIGGEN NERDS. Like us. We’re the nerds. So yeah. We discuss this year’s Doctor Who Christmas special in which folks unzip their heads and also there is a lot of Superman references that Steven Moffat googled a bit. Over the course of the show, we tear into silver age comics and introduce to you the French Doctor and it is not offensive. So don’t worry about it.

We said don’t worry about it.

Outro music is “Thoughts on Fire” by Ria Mae 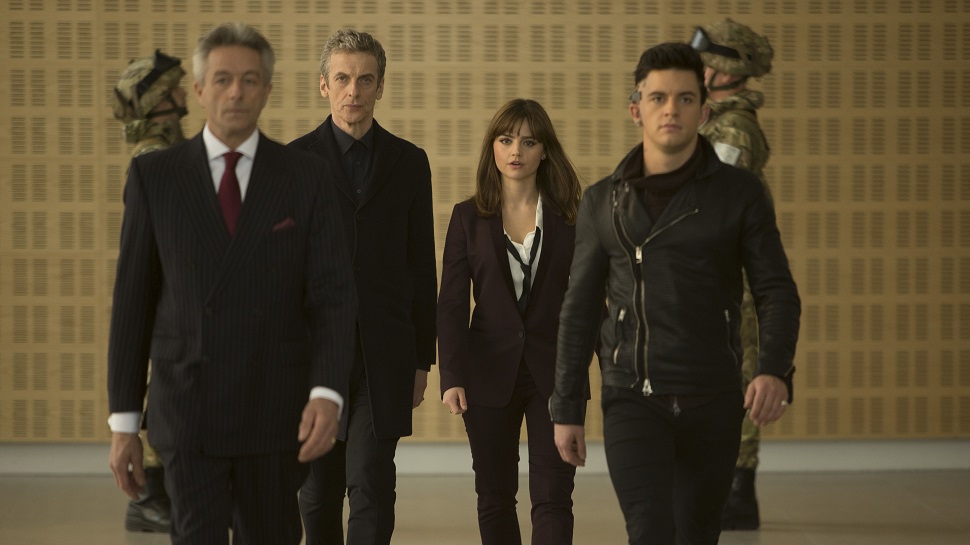 In which we are in fine form. FINE form.

On this week’s show: Danica and Brandon will babysit your kids! It could be the worst decision of your life. Also: they watch “Time Heist” from Series 8 and are… pleasantly surprised by how much they enjoyed it. Also also: they are pretty loopy tired from moving a whole comic store, so uh… strap in. It’s an interesting ride.

Outro music is “Rolling in the Deep” by Adele. 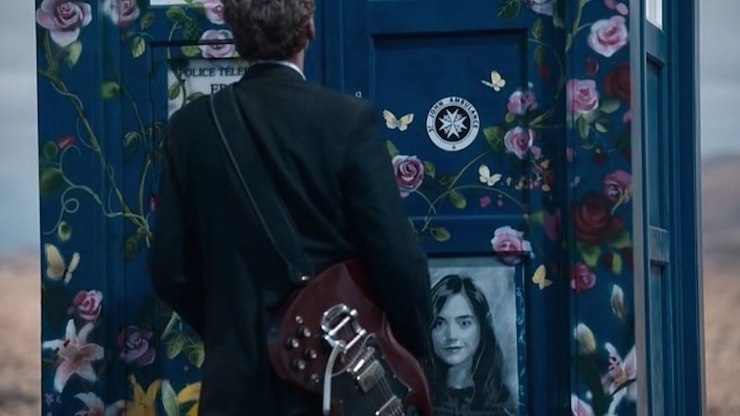 In which we celebrate out 75th-ish episode the same way we always do: stumbling through our thoughts.

It’s Series finalé time with Clara and The Doctor as Brandon and Danica discuss “Hell Bent” – the final episode of Series 9. What did we think of Clara’s re-return and good-bye? Also, all that Gallifrey stuff? And Me? We have a feeling that if you listen, you’ll find out. Call it a hunch. A SEXY HUNCH.

Also! With the series concluded, and the holidays approaching, we’ll be taking some time off. (It is really hard getting hammered on a weekly basis when you only get one day off from work every 3 weeks or so.) You’ll be able to catch our next episode before the year is over as we discuss this year’s Christmas Special – and then we’ll return in the new year with weekly (!) episodes and a new(ish) format.

Thank you so much for sticking around for 75 episodes. Hopefully we’re around for many more! In which our timing is perfect, and everyone needs to calm their shit, probably.

We start with narrating Cat Life, because of COURSE we do. Then it’s straight into “Heaven Sent” – the 11th episode of Doctor Who’s 9th Series, which we were too drunk to get emotional about. These things happen, right? But also: Capaldi, yeah? Yeah. Then it’s onwards to very VERY light spoilers regarding Jessica Jones’s fight against patriarchy wearing a David Tennant suit, and general stumbling about. Yay! 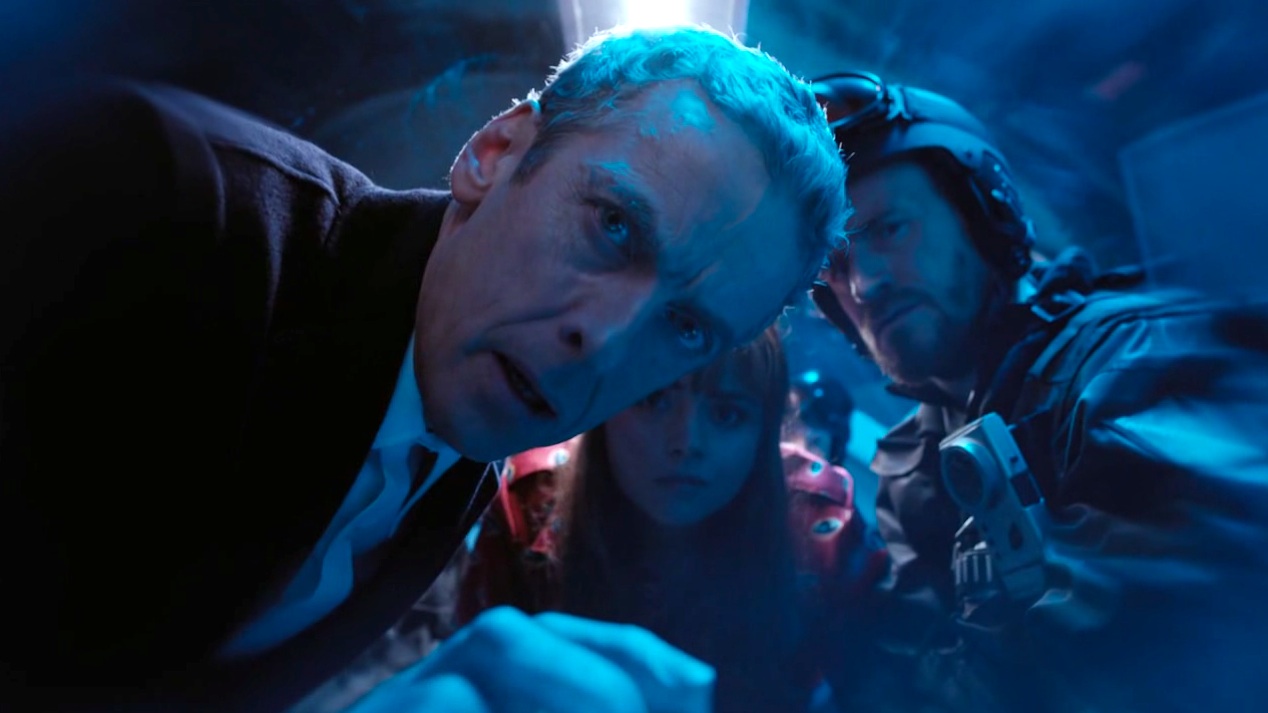 In which we’re drunk in Hartford!

We’re still on vacation, which means we have ANOTHER episode of Doctor Whooch ready for your ears, and this time, we’re talking about “Into the Dalek”, the second episode of the eighth series. What did we think? Well, we’re not entirely sure. We drank more during this episode than any other episode, for vacation reasons, and we can’t remember what happened. So, uh… enjoy?

Outro music is “I Am A Dalek” by The Art Attacks. 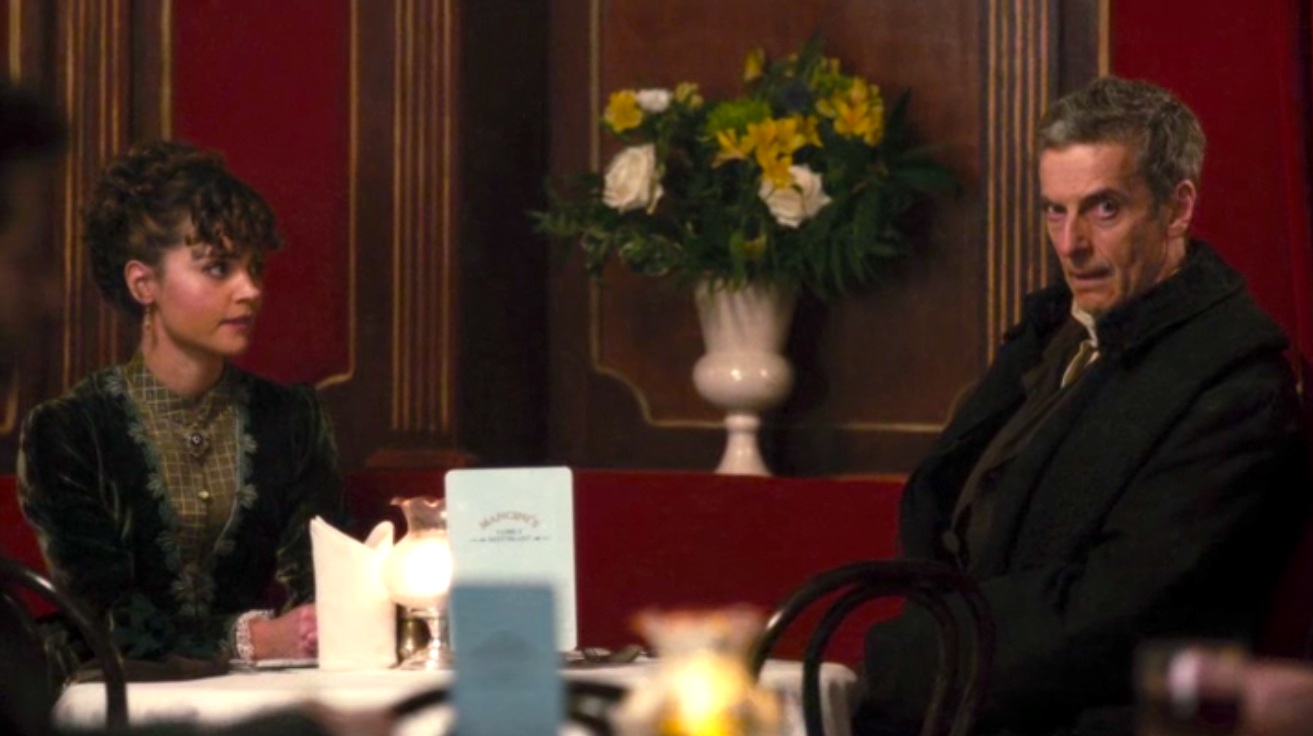 In which we’re on vacation, losers!

This week’s episode features a first: while we’ve been doing Doctor Whooch long enough to talk about the two specials that rounded off Matt Smith’s run as The Doctor, we’ve never been recording during a full series. Whelp, that’s all clearly changing, because we have Capaldi to talk about! In this episode, we say things! About “Deep Breath”! What exactly? Who knows! Oh, and we also don’t mention our engagement, because we recorded it before that happened but HEY YOU GUYS WE GOT ENGAGED! Isn’t that cool? That’s pretty cool.

Outro music is “Let It Ride” by Bachman-Turner Overdrive