A Bundle of Useless Things

Because obviously, my little flounderings are a drop in a bucket. This has always been the case, but when Real World Events are happening, I usually squint at myself when I lament the size of my pay cheque, while I live safe and sound an apartment, with my loving wife and some indifferent cats without considerable amounts of trouble.

Hi there. My name is Brandon. Welcome to a new week.

++SUBMET INDUSTRIES
For the past few weeks, Danica and I have been discussing The Future, and where we would like to be within the next few years. It’s a conversation that we have regularly, which has thus far resulted in moving in together, getting engaged on our own time table, getting married on our own terms, and starting up the kind of comic shop we always wanted to frequent ourselves. Those projects already in progress, we’re starting to think about adding more focus and purpose to our various projects. The first bit of that has involved quietly getting this site into a place that’s strong enough to be a working hub – meaning more frequent (and regular) updates, and a lot of back posting. In the future, it’s going to mean quite a bit more, but honestly, you can’t build anything without a solid foundation to start from. So hey look: an attempt at building a foundation. Doesn’t it look neat and load-bearing?

++FUN FACT
This would be what I think of whenever anyone says the words “load-bearing”. Because it’s a load-bearing wall. Get it? Haha, everything is funnier when you explain it afterwards. (Laughs and slowly walks onwards towards oblivion.)

++GENDER IS NOT A GENRE
Yesterday, the shop was lucky enough to have the one and only Kelly Sue DeConnick Skype in to talk about Pretty Deadly (the new issue arrives this Wednesday!) and Bitch Planet. This is the kind of event that I always wanted to do when I was working at Wizard’s, but just never had the space, resources or support to pull off. And now? Well, we pretty much determine how to use our space and resources and can support whatever the hell we damn please. So: Kelly Sue DeConnick Skypes in to talk to a room full of folks about her comics.

I you missed the event, and you’re looking for a bit of a Kelly Sue audio fix, I highly recommend you check out the interview James Leask and I did with her back in April 2012. It goes a bit everywhere from talking about the soon-to-arrive Captain Marvel series to dealing with personal fears and self-doubt – and even has something akin to a “cameo” mention of what would become Pretty Deadly. To this date, it is still one of my favourite interviews that I’ve been a humble part of. 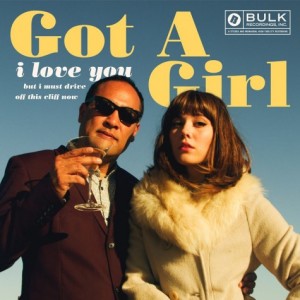 ++SOMETHING DIFFERENT
I won’t always talk about the articles that go up on Variant Edition’s blog, but I will always talk about new instalments of Devin R. Bruce’s Seven Days columns. In a world where Danica and I are either at the store or reading comics for the store (or eating and sleeping), it’s great to get pop culture dispatches from Devin, so that we don’t completely lose touch with pop culture. And as a bonus? The dude is consistently finding cool things.

In this week’s instalment, Devin explores the twisted world of The Maxx, talks about a cool podcast that he’s been listening to, and then lets everyone know about a really cool band called Got A Girl. They’re pretty amazing.

++STAY TUNED
I think this week is the week some #YEGGeek stuff gets announced. Or at least when intents are announced. We’ll see how well I keep things together this week.

« We Learned This In Kindergarten International Mens Day »