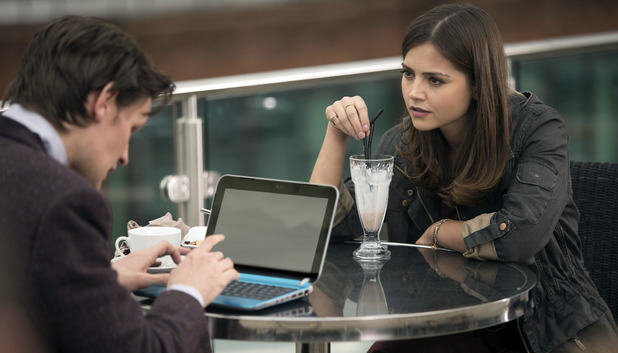 In which we forgot the title of the episode immediately after saying it.

On this week’s episode: we get afraid of wifi as we watch the series seven episode called… called… ugh. I think I lost the name of the title again already. Hmm. Well, whatever it is, there’s a heaping spoonful of misogyny in there because we can’t have nice things. Also, we talk about that. The part where we can’t have nice things, but we SHOULD, because sci-fi can be ANYTHING TO ANYBODY, so why not do that? And uh OH OH OH, it was called “The Bells of Saint John”. Ha. I KNEW I’d remember that.