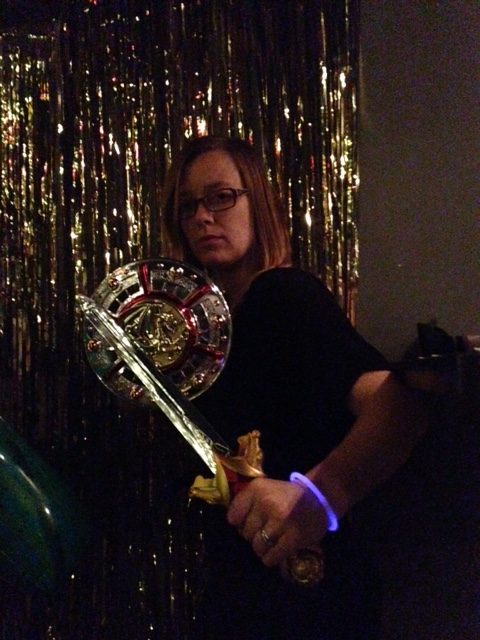 No One Can Stop Her

So this past weekend, I took Danica to her first live wrestling event, and I was pretty nervous. So nervous that she started getting irritated at my deprecating behaviour as I tried to lower expectations to the floor in order to avoid any kind of disappointment.

As you’ve probably guessed, I like a bit of wrestling, but as you might not know, the thing that I like about it is how ridiculous it is. Folks who walk into a ring to punch each other in the face long enough to solve… legitimate problems? With pretty arbitrary rules? Ridiculous. Anyway, I didn’t have to worry, because she ended up enjoying the experience – especially the women’s match where a woman by the stage name of Kat Von Heez slapped a dude in the face real hard and said “DON’T TOUCH ME”. When this happened, I glanced over at Danica, and could practically see hearts in her eyes.

Anyway, as we travelled home, we talked about the show, and about what we liked and didn’t like. We both ended up enjoying the experience overall, but work had exhausted us, so shortly after getting home, we collapsed and went to bed… after which, I had a dream.

I don’t remember most of it, but a specific moment was clear: I was standing at ringside beside someone (who it was will forever remain a mystery), looking up at Danica, as she climbed to the top rope. She managed to get to the top, after which she flew down and elbowed a masked dude in the neck, who was lying on the mat. After this, she  lowered her face close to this dude, and pointed a finger in his face, yelling, “THAT WAS FOR EVERYONE.” She then proceeded to stomp this man several times in the stomach, yelling “AND THESE ARE FOR ME!”

As this happens, the man standing next to me turns and says, “You should go and stop her.”

To which I reply, with a grin on my face, “Nobody can.”

And that’s Danica. The woman who agrees to go to a wrestling show, not because she necessarily wants to herself, but because she knows I enjoy it, and want to share in that enjoyment. The woman who hears me say how dumb I think it all is, but knows how close I hold that dumb thing to my heart. The woman who is fearless, who flies, who fights, who won’t take your shit.

And if she goes for the throat, know this: