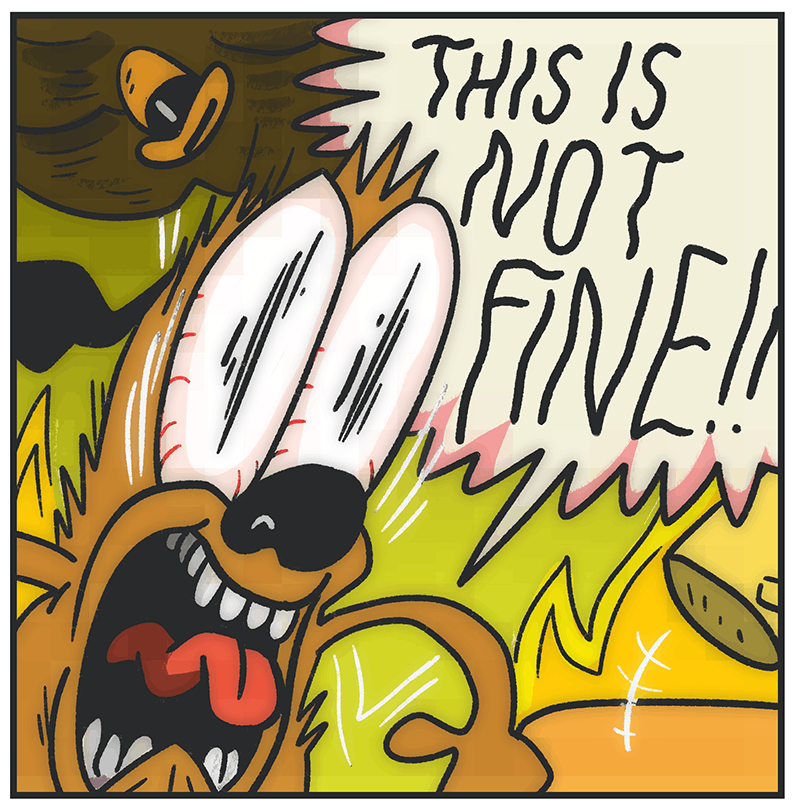 Welcome to Submet (or) It’s Not Okay 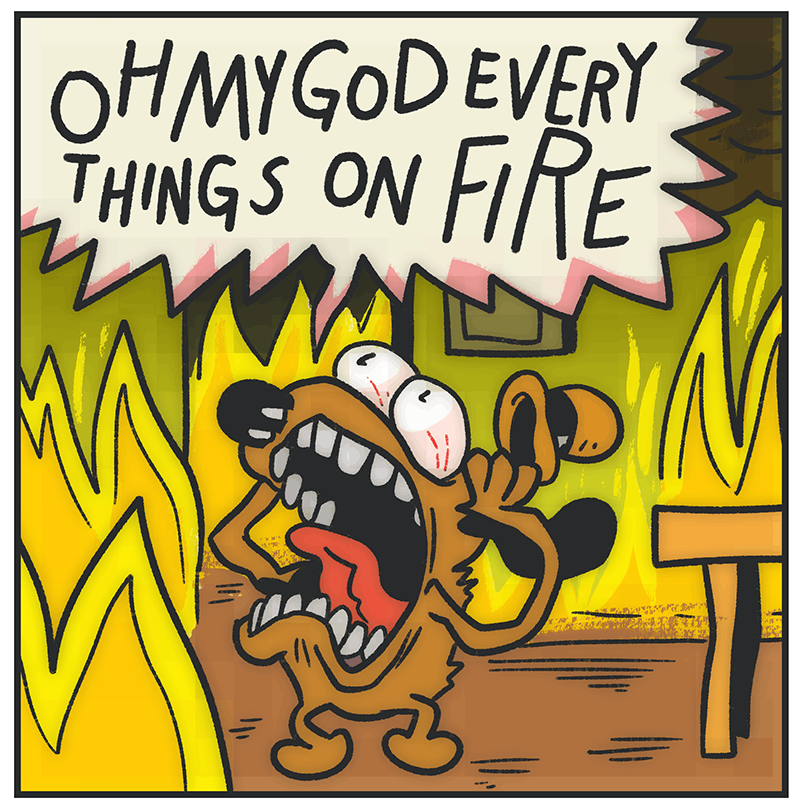 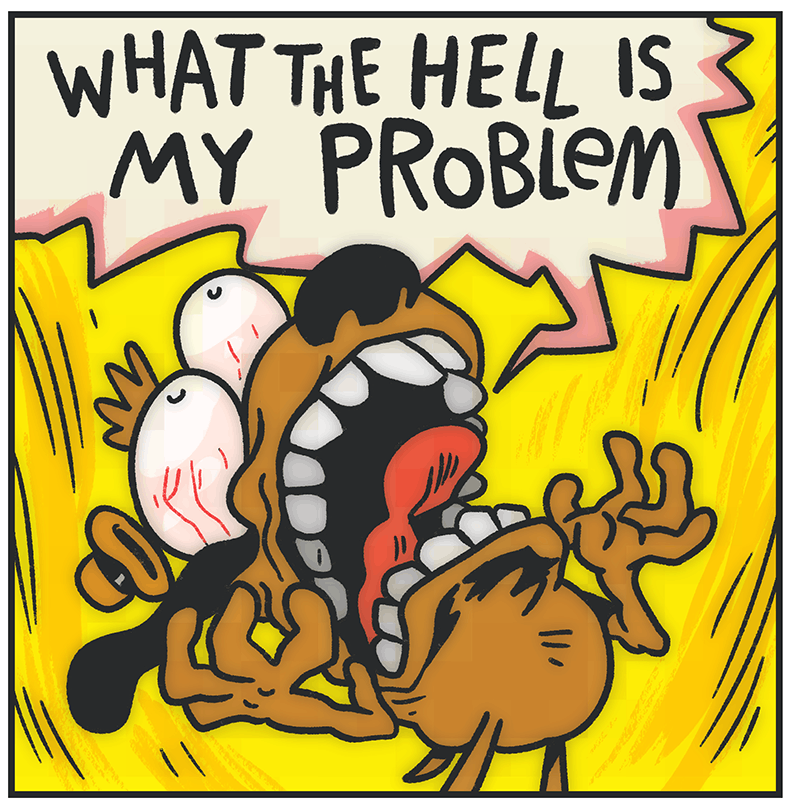 (art from This is Not Fine by KC Green)

The world is on fire.

The world is on fire, and as it burns, we watch and we wait, and we hope for the best. We cringe at every new story, but in all honesty, there’s not much we can do. Not individually.

The key phrase there is: not much.

Welcome to the relaunch of Submet Industries. Humming in the heart of Edmonton under the watchful eyes of cats, this machine has been rebuilt to fight the world, and win. Enough garbage. It’s time to take our money (what little of it there is) and determine the location of our mouths. It’s time to put all the assholes on blast and build something good. It’s gonna be hard, but what else are we supposed to do? We can’t just sit here and let things lie. The world is on fire. So we’re going to try and build a better one, using what we have.

Variant Edition // The molten core of Submet. We’ve taken great pains to build Variant Edition into a different kind of comic store, and we will be continuing and redoubling those efforts.

The store functions as our mission statement, offering people mindful pop culture experiences while attempting to build a safe space for all. It’s the home base of a community, and it’s the foundation for what’s to come.

With summer over and Edmonton’s big event season wrapped (more or less), we’re back putting on events for the community. This Sunday, we’ll be running our twice annual clothing swap. We’ll soon be running several book launches for local authors. And of course, we’ll be continuing to push stories that embolden and inspire, as well as feature a diverse array of characters. We’ll be doing all of this, and so much more. Including… 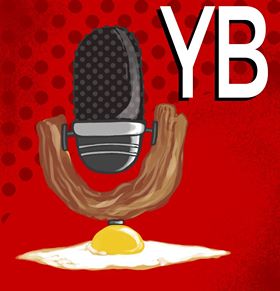 (logo by Randi Hamel – who does amazing work, give her money)

The Return of Yegs & Bacon // After a year long hiatus (and several requests for its return) Edmonton’s only pop culture and comics morning show returns in a new format. We’ll be bringing back this podcast soon, with a renewed focus on attempting to fix what’s broken in the comic book industry, and within pop culture circles in general. It won’t be about what’s wrong, but about exploring avenues regarding how things can be fixed or made better. This will be part of our voice, which we will use to help promote positive discourse.

Gender Is Not A Genre and Other Panels // Going forward, we’ll be running many panels at the shop, just like we did before, including panels that discuss and dissect various forms of representation in media, as well as a wide array of other topics. Many of these will be released as Yegs and Bacon podcast episodes, in hopes to promote voices that need to be heard.

Content From Elsewhere // While we produce all of this ourselves, we’ll still be using the various platforms we’ve been invited to as a means to build outwards. We… we realize that we can do all of this because of who we are, and where we are. While we’re not monetarily rich by any stretch of the imagination, we are passing cis-het white folks and are thus rich with our privilege. What we want to do is use what we have to help build better spaces and communities, and reach further and further out.

Along those same lines, a lot of the posts that will be appearing here will be sharing other articles from other people. We want to share other important voices, and we want to point people in the direction of folks who are doing things we admire. We just… want to do what we can.

Doctor Whooch // On an infinitely more frivolous note, Doctor Whooch will be returning for a six episode season this fall, where we’ve invited many of our friends to discuss Doctor Who episodes of their choosing. These episodes will be airing twice monthly through to December when all of Submet will go into holiday mode as we push through the holiday retail season, and recharge our batteries.

The Future // Our end goal with all of this is… intense. Ideally, we’d like Variant Edition and Submet to be subsidized to the point where we can sit back and allow other important voices to be more easily heard. We want to make something that can mean something for others, and not just ourselves. The specifics of what that would look like? Well, we’ll just have to see when we get there. We have so many plans. Print objects. Podcasts. Websites. Paid contributors. (Not necessarily in that order.) In the end, we want to build something useful for many, instead of something that’s just a shrine to our own ideas. We’re just two introverts who want the world to stop being so much of a horror. And with your help… maybe we get there.

Right Now // For now, we’re going to be building content here at Submet and beyond and posting with some regularity for the next 13 weeks. We’re gonna stop when we edge into December because… well, we own a small retail business and it’s December. Things are gonna get a little crazy. With any luck, we’ll be able to do this, and provide you with some entertainment on the regular. With even more luck, we’ll start building an audience that will help sustain what’s to come. It’s going to be a journey, and we hope to have you alongside us.

Let’s see what we can build.