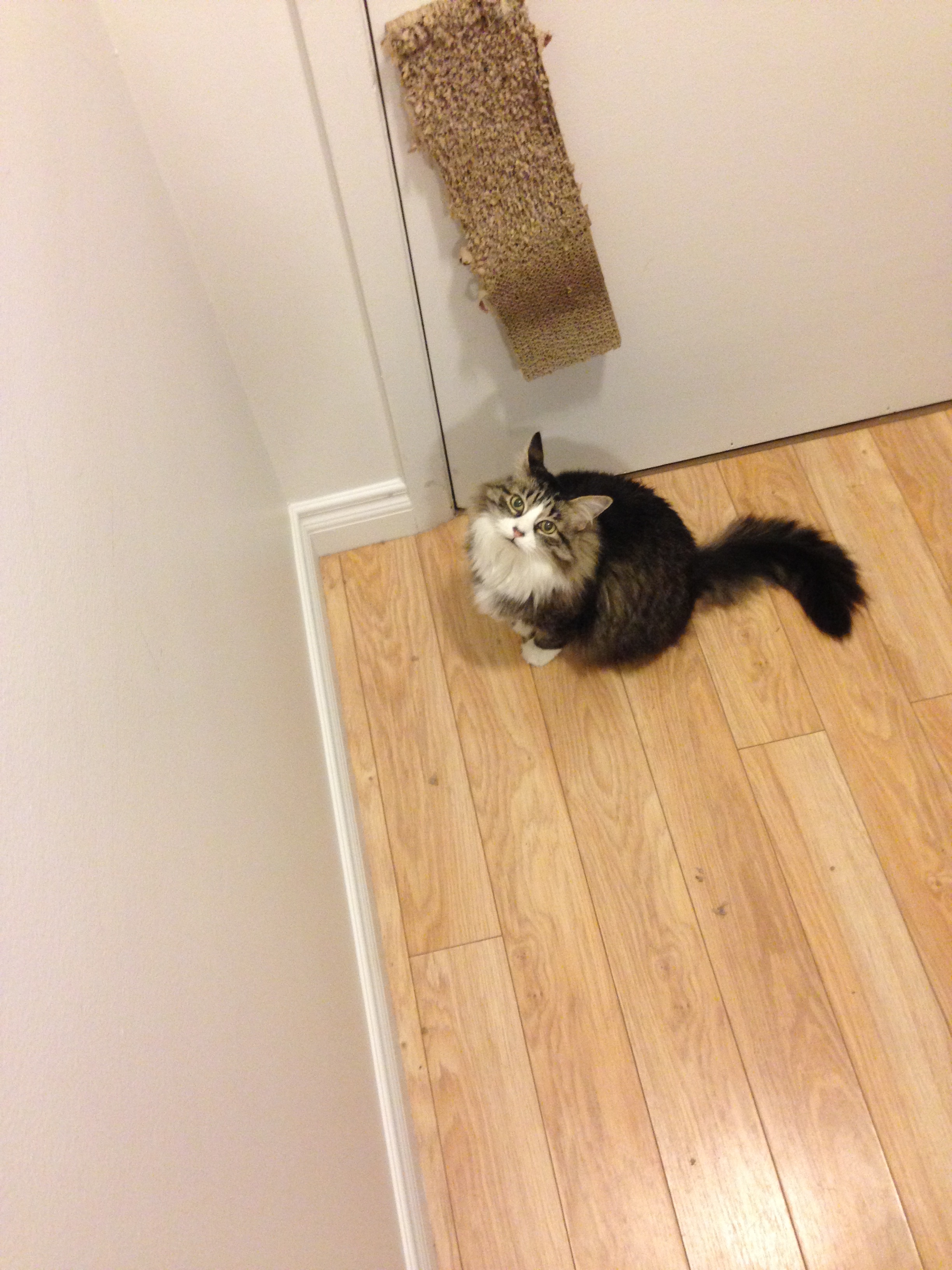 This post is mostly an update about my mental state – but if you stay until the end, you’ll get rewarded with the whole #CatShaming business that happened this weekend. So there’s that to look forward to.

First, apologies for the gap between updates. I promised you all when I asked for help that I’d keep you updated, and that slipped away slightly. Thank you to everyone who has stuck by me through all of this. You are all amazing, wonderful people.

Over the past few weeks, Danica and I have seen our lives shift in both wonderful and interesting ways. You’ve seen a bit of it in a couple of articles she wrote here at Submet over the past few week, and I believe she has more to talk about in the coming days as well. Suffice to say, the way we started March definitely won’t be the way we’ll end it, both for good and bad. But we endure.

The best part of my life right now, is having Danica in it. She makes me stronger, and has helped me become a better person, and there’s no one in my life that I trust more than her. In grappling with the past few hard months, we’ve always been able to talk – sometimes curtly, sometimes softly, sometimes in disagreement and sometimes on the exact same page. Regardless, we’ve always talked. Even if we didn’t have solutions (and I guess especially when we didn’t have solutions), we kept that open communication going, something that we haven’t had in past relationships, and sometimes… that’s enough. I know it was enough to keep me on track and pull me out from a deep depression hole. Now I just sit on the edge of the whirling abyss instead of swirling around madly in the roiling dark. It’s… still there, but at least I feel safe sitting at the edge. And that’s because of her.

The past few months have been trying, both internally and externally. That will probably maintain for a little while longer, but as I said in a previous post, I can see a path of some kind. I can feel my feet meeting resistance on ground. The footing might not be sure, but at least it’s footing.

Before I sign off, I want to talk a bit about what I’m focusing on the help me along my path. It’s one of the ideas that’s been a guiding light for me for years. It’s the reason why Comics! The Blog began years ago. It’s the reason why I wanted to start Variant Edition just a little over a year ago. It is this: “do better”.

A bit of background: Comics! The Blog began after James Leask and I felt weary about the discourse in comics culture. It was one of constant complaint (and still is) so we created a site that wanted to do better. We would talk about positive aspects of the industry, as well as ways it could be better, instead of just complaining and offering nothing in terms of construction. We’ve been pretty lax on keeping that site going these days as our focus has drifted elsewhere in terms of energy, but in the end, that’s still a thing we carry with us. In fact, a modified version of that was what saw both versions of Variant Edition form.

Not a lot of you know about or remember this, but briefly, before Variant Edition was conceived as a store, it was going to be a comic book recommendation engine – a place where people could come to to discover comics they never knew they wanted to read. Then, there was a seismic shift in my circumstances, and the idea of starting a comic shop of my own took root. Again, the idea of do better was baked in from the start.

The industry was, and continues to be rife with regressive and backwards thought processes, all the way from the way books are ordered, to the culture that permeates a lot of stores. To illustrate this point, let’s take a look at one store’s recent signage redesign: 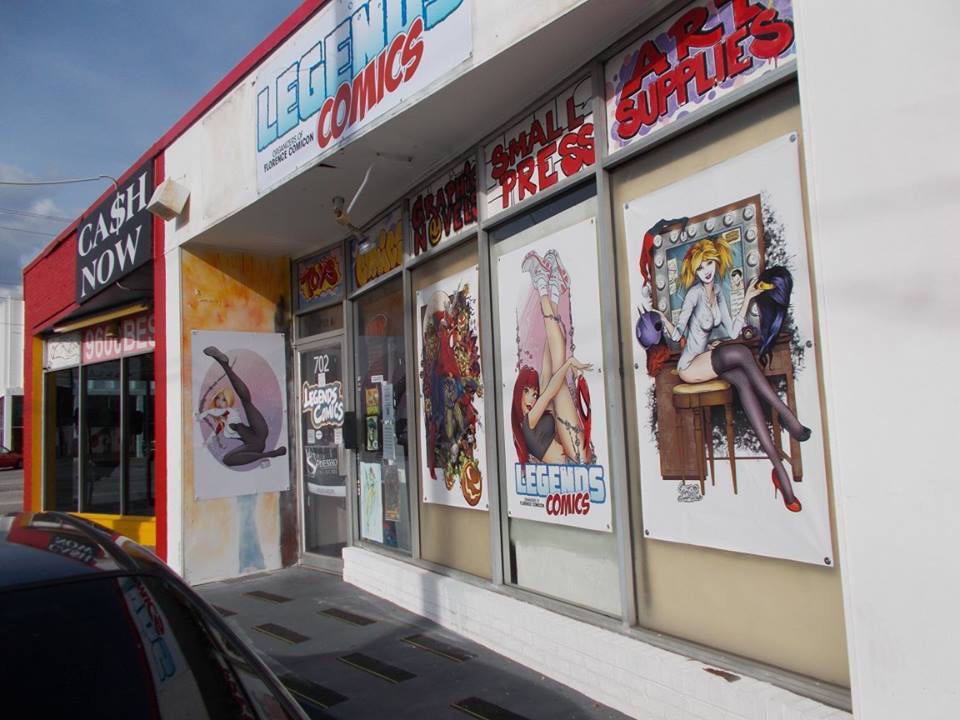 There’s more about this shop in an article at Comics Beat right now.

Gross, right? Or at the very least, reductive. To a large part of the world’s population, that is not a very welcoming shop, and sadly, this kind of thing is everywhere in the comics industry, if not displayed in full on the exterior, then on the interior, in the form of signage or opinions. Variant Edition was, and continues to be a place that not only actively rejects this kind of culture, but actively engages with the idea of how to do better. Granted, that’s hard when the industry you work in tries so hard to tell you that nothing is wrong with the way things are.

There is something wrong. And something needs to be done.

So. I’m focusing on doing better – not as an internal demand, but as a general state of thoughtfulness. I’m not going to beat myself up for the opinions of others, or the fact that some people will always be resistant to these kinds of ideas. I’m just going to focus on what I can do, and what I have at my disposal to do it with. Over the next month or so, you’ll be hearing more about a project that Danica and I both hope will go a long way towards doing better. But for now…

This ties in a little with some of the regressive things I talked about previously. Also: cats. Basically, this weekend, I was cat shamed when a nice old lady asked me if I was actually into cats, or if I was just pretending at a cat show. Danica and I and a few friends took to twitter and made a nice meal of it.

So there was that. Which was fun.

And with that, I start my week. I hope you all are doing well. I am… doing better, with hopes of more to come.

Thanks again. Talk with you again soon.